My grandmother, Lena, had a beautiful life.  She married my grandfather at the young age of 16 (he was 18), raised four wonderful childen (3 girls, 1 boy), watched 7 grandchildren grow up (2 boys, 5 girls) and saw 2 great-granddaughters brought into the world. 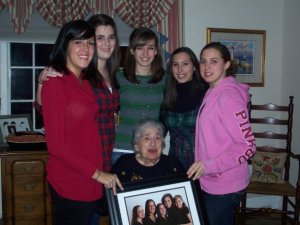 My grandmother was always the foundation of my family.  She cooked, cleaned, raised her kids, took care of my grandfather (who was a bit of a handful in his older years if I recall correctly) and made sure her house was always full of love (and food.) 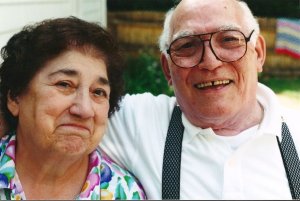 As a child, I spent much of my time at my grandparents’ house.  They lived in the second floor apartment of their 2-family building while one of my aunts lived on the first floor.  As an early teenage, I pet-sat my aunt’s 2 fluffy bishons which gave me an excuse to be with grandmother every afternoon.  Grammy always made me dinner on nights before I went to dance and on the off nights, I would stay late and watch TV with her.  No wonder why I love the Food Network, Jeopardy, The Price is Right and Wheel of Fortune so much.

When my grandfather died in 2000, I was 12 years old.  He was my grandmother’s whole life but she pushed on, caring for her family, still being the strongest woman I’ve ever met.

During the summer of 2005, my grandmother had a stroke while asleep in her bed.  The doctors didn’t expect her to make it very long, but she managed to live almost 6 years after the stroke occurred.  She is the most resilient woman I’ve ever met and I hope to be just like her.

I love you Grammy.  I’m sure Grampy is happy to see you after all this time.

We miss you already. 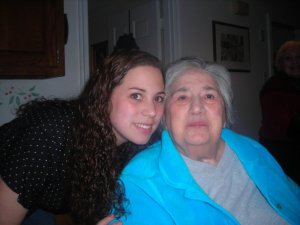 2 thoughts on “In Memory of my Grandmother Lena Torto”